‘What a Doctor Looks Like’ outlines the journey of a young girl and aspiring physician, born in Detroit, and the path laden with discouragement, lack of mentorship, and self-doubt.

Help Support the Physicians of Tomorrow by Donating Today! Contact us directly to inquire about making a donation!

For every 500 books purchased, a portion of the proceeds will go toward awarding 3 scholarships for an aspiring physician at the high school, college, and medical school level.

Why I Started What A Doctor Looks Like Foundation

On October 9th, 2016, I was back home in Detroit for a wedding of my childhood friend. I boarded the plane to head back to Houston, when mid-flight, a passenger became unresponsive. The flight crew called for a physician to assist in the emergency. After volunteering my assistance, I was met with resistance from the flight crew who did not believe that I was a doctor. I was interrogated and inundated with questions to substantiate my claim that I was a physician and still barred from assisting. While the passenger remained unresponsive, it was not until a middle aged white male physician came forward and was immediately allowed to render aid to the ill passenger.

Our foundation has raised over 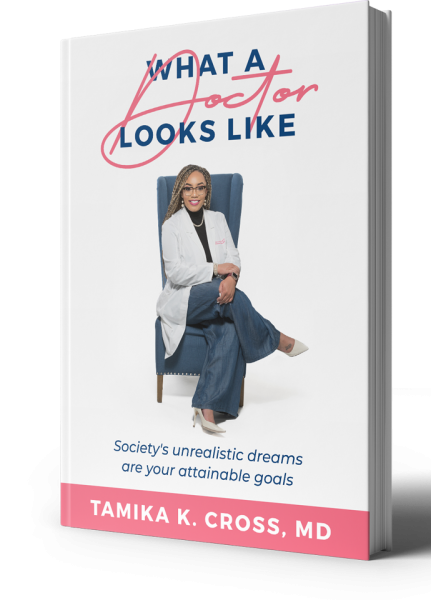 “Dr” is not just my prefix, It’s my superpower.